It was a day of exciting announcements and heartfelt homecomings at the 2019 #CTVUpfront, celebrating everything Bell Media has to offer in the 2019/20 television season, and beyond.

Encapsulating the mood of the event, Canadian actress Cobie Smulders, the star of CTV's new character-driven crime drama STUMPTOWN, was truly touched by the reception she received in Toronto and the positive buzz about her show, which debuts this fall.

"I'm always happy to come up north, it's just the best," said Smulders, who is well known for HOW I MET YOUR MOTHER. "It's really exciting to be coming here for work, because what you want to do when you leave your country to pursue your dreams is you want to make everyone proud. So it's kind of a nice moment to come back and do it.

"I try to work up here at every opportunity, and would love to do more work up here. We shot our pilot in Vancouver. And I love it, I just love it."

The stars of another big new fall drama on CTV - Allison Tolman and Donald Faison from the mystery thriller EMERGENCE - were thrilled to be in Toronto and pumped to be contributing to the positive vibe at the #CTVUpfront.

"It's a good look and a great feeling that the network is behind us," Faison said. "Hopefully this can continue and we'll be back next year."

"Because we're having a blast," Tolman added. "You guys know how to throw an Upfront, this is what I feel like. You know how to do it!"

During the gala #CTVUpfront presentation at Toronto's Sony Centre, Randy Lennox, president of Bell Media, made two major announcements: A second season of the hit comedy series JANN has been ordered; and Mike Holmes is joining CTV for a new project called HOLMES FAMILY RESCUE. Both Arden and Holmes were on hand to hear the good news in person.

Also on the news front, CTV confirmed the full details of its 2019/20 primetime schedule, and CTV and Harlequin Studios announced an innovative brand and content agreement to produce original Harlequin movies for CTV Drama Channel.

In addition to the breaking news, it was a full day of fun, as stars from countless Bell Media properties were present to talk about their shows, pose for pictures, and generally have a good time.

What's more, Canadian rock band Arkells opened the big show, and Isaac Wright. Jr., closed it by mesmerizing the rapt crowd while talking about the upcoming mid-season series FOR LIFE, which is based on his inspiring story.

Folake Olowofoyeku, star of the new CTV sitcom from acclaimed producer Chuck Lorre, BOB HEARTS ABISHOLA, summed up the sunny atmosphere at the #CTVUpfront this way: "This is the kind of experience I've always dreamt of." 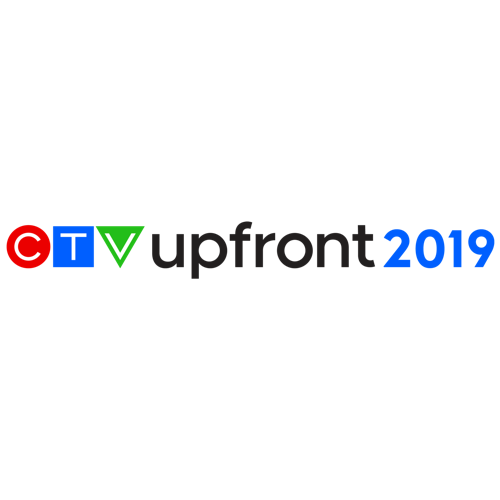