TORONTO (March 11, 2019) – Who will be named Canada’s next MasterChef? CTV today revealed the Top 18 MASTERCHEF CANADA home cooks competing for a chance to be one of six in the elite group of title holders and take home the $100,000 cash prize. A 2019 Canadian Screen Award nominee, Season 6 of MASTERCHEF CANADA kicks off with a special two-hour premiere on Monday, April 8 beginning at 8 p.m. ET/PT on CTV before settling into its regular Mondays at 9 p.m. ET/PT timeslot. Viewers can then stream all episodes anytime on CTV.ca and the CTV app. Keeping the heat on high for this season’s Top 18 are esteemed judges Michael Bonacini (O&B restaurant empire), Alvin Leung (Bo Innovation in Hong Kong), and Claudio Aprile (Copetin Restaurant & Bar). With only a limited number of white aprons up for grabs, the home cooks have to prove they have the culinary skills to cut it in the MASTERCHEF CANADA kitchen. In a new twist this season, each judge selects six home cooks to invite to the Top 18, with each member receiving personal invitations delivered via courier. Below are the Top 18 home cooks vying for a white apron and ultimately contending for the MASTERCHEF CANADA title. Images are available for download at TheLede.ca. In each episode of MASTERCHEF CANADA, the home cooks have their culinary expertise tested through a series of Mystery Box Challenges, Team Challenges, and Pressure Tests, with the judges providing direction and feedback throughout the process. At the end of each episode, at least one home cook is eliminated from the competition until only two remain, culminating in a battle during the finale for a chance to take home $100,000 and the sought-after title of MASTERCHEF CANADA Throughout the season, fans are invited to visit CTV.ca/MasterChefCanada for exclusive content, including background on the Season 6 finalists and the MASTERCHEF CANADA judges, as well as interviews, highlights, recipes, and more. CTV.ca also offers viewers a behind-the-scenes look at this season’s challenges, delectable dishes, victories, and defeats. Before Canadians take a bite into the new season, CTV invites viewers to relive all the culinary action from previous editions of MASTERCHEF CANADA, now streaming on Crave and available on demand at CTV.ca and on the CTV app. New episodes of MASTERCHEF CANADA are available on-demand the day following the broadcast premieres on CTV. The MASTERCHEF format and finished programs are represented internationally by Endemol Shine Group. This includes MASTERCHEF JUNIOR, which airs Tuesdays at 8 p.m. ET/PT beginning March 12 on CTV2. With over 60 local adaptations broadcast in more than 200 countries, MasterChef is the world’s most successful cookery television format. MasterChef was created by Franc Roddam. MASTERCHEF CANADA is produced by Proper Television in association with CTV. Proper’s Co-President Cathie James is the Executive Producer and Showrunner and Co-President Lesia Capone is Executive Producer. For Bell Media, Tina Apostolopoulos is Production Executive; Robin Johnston is Director, Original Programming, Factual and Reality; Corrie Coe is Senior Vice-President, Original Programming; Pat DiVittorio is Vice-President, CTV and Specialty Programming. Mike Cosentino is President, Content and Programming, Bell Media. Randy Lennox is President, Bell Media.

Endemol Shine Group is a global production powerhouse creating world class content for all platforms. As a producer and distributor, Endemol Shine Group works on a unique local and global axis, comprised of 120 companies across all the world’s major markets, dedicated to creating content that enthralls and inspires. In 2016, the company’s travelling formats originated from 10 different countries across the Group, with global hits including MasterChef, Big Brother, Deal or No Deal, The Money Drop, Your Face Sounds Familiar, The Brain, Hunted and The Island. Endemol Shine Group’s drama portfolio is similarly international and diverse, with acclaimed worldwide hits such as Humans, Bron, Peaky Blinders, Black Mirror, Kingdom, Grantchester, The Fall, Intersection, Spring Tide, Penoza and Broadchurch. The Group’s award-winning digital production and distribution studio Endemol Shine Beyond helps advertisers and brands to engage millennial audiences around the world through popular online content and channels including Coke TV and eSports format Legends of Gaming, each with local adaptations in multiple markets. In 2016 Endemol Shine Group produced more than 700 productions, in 66 territories airing on 267 channels around the world.

Since opening its doors in 2004, Proper Television has become one of Canada’s most successful production companies. Proper works across a wide range of genres, creating more than 600 hours of reality, lifestyle, documentary and specialist factual programming. The company’s ratings-grabbing slate includes a mix of originals like VEGAS RAT RODS, LAST STOP GARAGE, UNDER NEW MANAGEMENT with ARLENE DICKINSON, and MARY’S KITCHEN CRUSH, along with big international formats such as MASTERCHEF CANADA, CANADA’S WORST DRIVER, THE GREAT CANADIAN BAKING SHOW, and IRON CHEF CANADA. In 2017 Proper Television became a division of Boat Rocker Media. www.propertelevision.com.

About CTV
CTV is Canada’s #1 private broadcaster. Featuring a wide range of quality news, sports, information, and entertainment programming, CTV has been Canada’s most-watched television network for the past 17 years in a row. CTV is a division of Bell Media, Canada’s premier multimedia company with leading assets in television, radio, digital, and Out-of-Home. Bell Media is owned by BCE Inc. (TSX, NYSE: BCE), Canada’s largest communications company. More information about CTV can be found on the network’s website at CTV.ca. 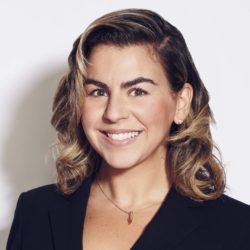 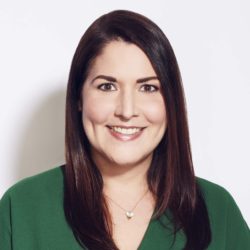 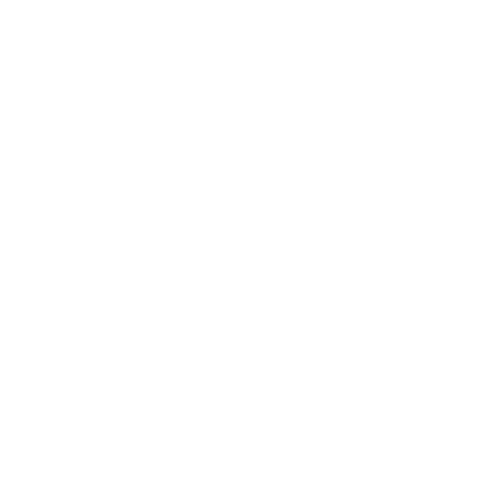 The Misfit Super Heroes of DOOM PATROL Bring the Fight to Spac...