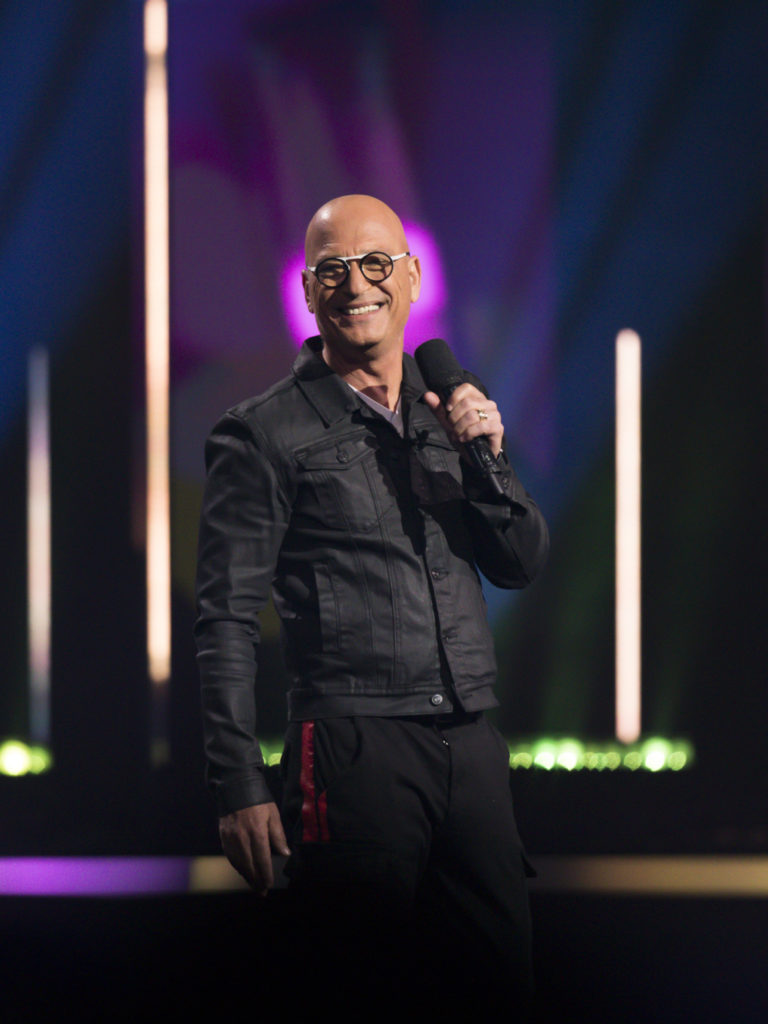 Go To The News Page
By BILL HARRIS Special to The Lede Howie Mandel fully admits that comedy “saved” him, which is why he’s still so committed to the stand-up scene. Case in point, HOWIE MANDEL'S 5TH ANNUAL ALL-STAR COMEDY GALA airs Thursday, Dec. 19 at 9 p.m. ET on CTV. Filmed at the Just For Laughs Festival in Montréal last summer, the special features performances from the likes of Ronny Chieng, Rachel Bloom, Fortune Feimster, Alonzo Bodden, Ted Alexandro, Vir Das, Cameron Esposito, Courtney Gilmour, Anjelah Johnson, and Mark Watson. We caught up with Mandel, a Canadian comedy legend, during his visit to Montréal as he chatted about his stand-up roots, some of his on-stage philosophies, and his all-time favourite comedian: Q: With everything you’ve done in your career, do you ever pause to think, ‘This has been a heck of a ride?’ Or are you just too busy for those kinds of thoughts? Howie Mandel: “No, no, no, that's the theme in my career. On April 19, 1977, I got up on a dare at Yuk Yuk's and the dare was, ‘I bet you wouldn't get up.’ That was the joke of it, that I'm not a comedian. I'm just this guy in retail and I'm just going to have a hoot for a moment without thinking it's a career. So I went up and if anybody remembers my act at that time, I didn't have one. That was really me trying to think of something to say: 'Okay, okay, okay. What, what, what?' I had nothing. But then (Yuk Yuk’s co-founder) Mark Breslin said, 'Do you want to come back tomorrow night?' It was such a surprise that I had found this really great place of respite. Comedy saved me, because I've always battled mental-health issues, and that's the most comfortable place I ever went to, because you're so in the moment. You don't think about what bothered you before, or what might happen, when you're on stage.” Q: Are you saying you don’t think about the future, at least in the traditional sense? Howie Mandel: “I never think about the future. It's not my expression, but the words I live by are, ‘just do it.’ And that's even doing this interview right now. I didn't know I was doing this interview yesterday. But the point is that I'm having a nice time talking to you. Just keep doing things. I'm in Montréal at JFL and I did a gala and there were lots of people, and the people that I meet, and the things that I do, they just happen. Because, you know, up until comedy, I was asked to leave things. I was never invited to the party. I didn't have a lot of friends. I was asked to leave three different high schools. So this is such a blessing. And if you kind of analyze what it is, I just said yes.” Q: As you’ve honed your stand-up craft through the decades, what kind of audience reaction gives you the biggest sense of satisfaction? Howie Mandel: “If I feel like I've worked hard for the laugh. If I follow somebody who just went into the toilet, or it's really late at night and the audience is just not in the mood any more, I like to see if I can get something out of that. Not so much if it's too easy - because I have some recognition now, when someone says, 'ladies and gentlemen, Howie Mandel,' and they applaud and they roar, that's not as much fun as really working for it. I still drop into clubs where there's like three people there at 1 a.m., and after the effect of them recognizing me goes away, can I try something new and different and make them laugh?” Q: Finally, if you were stranded on a desert island with only one other comedian, past or present, who would you want it to be? Howie Mandel: “Richard Pryor.” Q: You don’t even pause to think about it. Howie Mandel: “Nope.” billharristv@gmail.com @billharris_tv