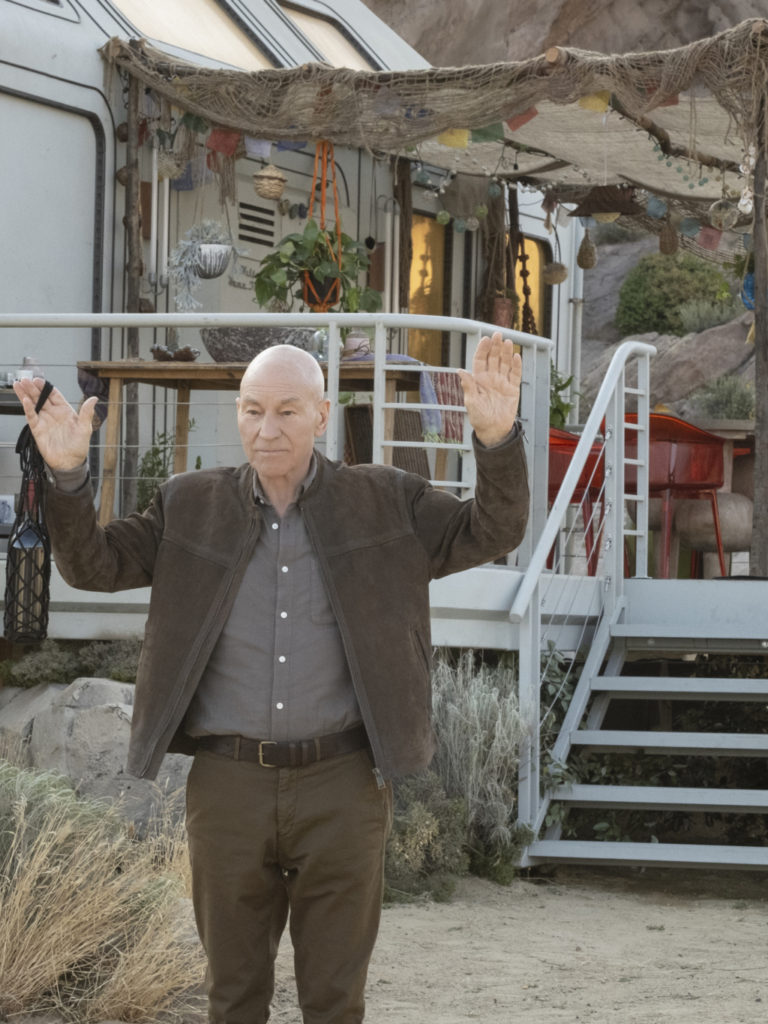 Go To The News Page
By BILL HARRIS Special to The Lede PASADENA, Calif. - How’s this for space-age irony? STAR TREK: PICARD has already been renewed for Season 2, even before its Season 1 debut, Jan. 23 at 9 p.m. ET on CTV Sci-Fi Channel. But Sir Patrick Stewart recalls that when he first played Captain Jean-Luc Picard on STAR TREK: THE NEXT GENERATION 33 years ago, even his most trusted advisors told him the show - and the role - wouldn’t last a year! “Actually people thought that we were committing an offence in reviving (the original) STAR TREK,” Stewart said at the Television Critics Association event. “And most of the team I worked with, and people I consulted when I was offered the job, they said to me, 'Don't worry about it, because you cannot revive an iconic series … you’ll be lucky to make it through the first season.' That's what I was told!” And look at him now! Stewart - who will be at Bell Media Studios in Toronto next Monday to promote STAR TREK: PICARD - discussed a wide variety of funny and engaging subjects during a roundtable interview, a panel session, and a media scrum at the TCA event, including: On the notion that he has become the “face” of the STAR TREK franchise through the decades: SIR PATRICK STEWART:  “It doesn't bother me that I'm identified in that way, partly because I know that there are some people ... I mean, I won't name any names, but their initials are Bill Shatner ... who might take a little offence by what you said about that. But I am very content to stand in Bill's shadow.” On whether he’s surprised that the creators of STAR TREK: PICARD came up with a story that convinced him to take on the role again: SIR PATRICK STEWART: “Astonished. It was the one thing I was convinced of, no more STAR TREK, no more Jean-Luc Picard. But it was the combination of the world we're living in, and the nature of what they pitched to me, and their agreement with me that we should not be constantly referencing THE NEXT GENERATION, and that we were living in a changed world, and that Picard was a changed character.” On which members of the STAR TREK: THE NEXT GENERATION cast will be appearing in STAR TREK: PICARD: SIR PATRICK STEWART: “We actually talk all the time. The whole NEXT GENERATION cast are very, very close. I love all of them, and they are dear, dear friends. Jonathan (Frakes, who played William Riker), Marina Sirtis (Deanna Troi), Jonathan Del Arco (Hugh), and of course Brent Spiner (Data) do appear in Season 1. It is my hope that whenever that point arrives in which we are wrapping the series, that we will have encountered all of the principal actors from NEXT GENERATION.” On how the sets have changed from the days of STAR TREK: THE NEXT GENERATION to STAR TREK: PICARD: SIR PATRICK STEWART: “The set of our ship is extraordinary because, unlike NEXT GENERATION, we have both the interior and the exterior of our ship. Basically, it's a transporter. It's not a passenger ship, not a fighting ship. And so it's very, very basic. But I have come to love it.” On the notion that some STAR TREK observers have done the math, and there’s a theory that the version of the iconic captain who appears in STAR TREK: PICARD could be as old as 92. SIR PATRICK STEWART: “I didn't know this 92 thing. I only learned this a few weeks ago. It's news to me, that all the time I was appearing in this, I was so old. I just thought I was my own age, and I always played it as my own age, and that's what I am continuing to do. I feel very blessed that I'm in my 80th year, still being able to do this kind of work as an actor, and I hope it continues.” billharristv@gmail.com @billharris_tv